The Centers for Disease Control is one of the most highly regarded agencies in the United States. The CDC is responsible for collaborating “to create the expertise, information, and tools that people and communities need to protect their health through health promotion, prevention of disease, injury and disability, and preparedness for new health threats.” As a result, The CDC has gained the trust of countless people all across the country. But what if this organization doesn’t really have our best interests at heart?

According to former CDC employee and currently Boston University professor, Dr. Michael Siegel, that might be the case. Siegel, who has become very vocal against the CDC’s negative claims about vaping, believes the organization is spreading false information about the dangers of vaping and e-cigarette products.

Dr. Siegel became increasingly outraged when he noticed the way The CDC handled reported of vape related lung damage that left teens from several states hospitalized. Several media outlets reported that the teens had experienced serious lung damage after vaping, but few mentioned the fact that the products the teens were vaping were THC cartridges purchased from illegal (and unregulated) sources.

According to Dr. Siegel, “The CDC has continually downplayed the role of THC vape carts in the outbreak and even today, continues to blame it on electronic cigarettes generally. Most revealing is the fact that every time the CDC even mentions a potential role of THC, it immediately undermines it by emphasizing that ‘The investigation has not identified any specific e-cigarette or vaping product (devices, liquids, refill pods, and/or cartridges) or substance that is linked to all cases.’”

“Don’t let the CDC fool you. What they’re not telling you is that in epidemiological outbreak investigations, we almost never identify a single exposure that ties together all of the cases. This is why we calculate odds ratios to estimate the strength of association between the exposure and the cases. If every single case was associated with a single exposure, then it wouldn’t take an epidemiological analysis to identify the source of the outbreak.”

Dr. Siegel, along with many others, believe The CDC failed to properly research and report the truth behind the events. In turn, he says the CDC is putting people at risk by spreading inaccuracies.

As more information continues to come to light regarding the truth behind vaping, the industry hopes it will eventually result in honest education about the products and their benefits. 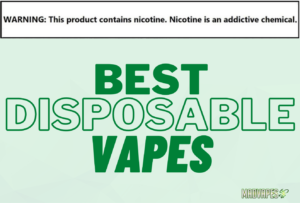 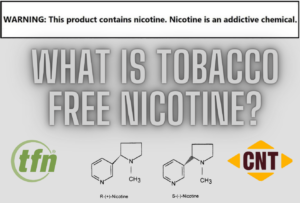